Within Sera Jhe Monastery there are two divisions for study. For young monks of age of 7 to 18, they attend the Sera Jhe School which provides general modern education with subjects such as English, Mathematics, Science and Arts in addition to Tibetan Grammar, Buddhist Philosophy etc. At the moment there are around five to six hundred students in the school from grade 1-12. 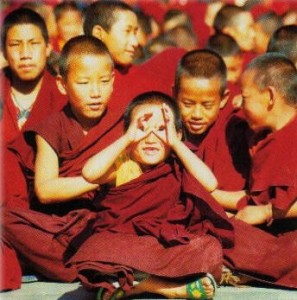 Once they have graduated from the school, they proceed to join the Monastery’s main University to study Buddhist Philosophy in more detail. The system of study in Sera Jhe is similar to that of Nalanda Monastery in ancient India. Nalanda was the largest Monastery and university in India for the study of Buddhism during its peak. The Monastery produced many great masters and practitioners such as Nagarjuna, Shantideva and Dharmakirti, to mention just a few. This system involves debating in order to understand the texts correctly, to dispel any misconceptions or misunderstanding of the subject and particularly to help to understand their essential points.

Number of Years to Complete the Studies 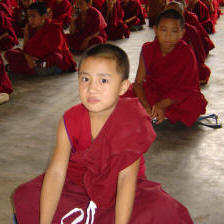 During the first seven grades, the monks study various preparation texts for the major scriptures such as the three collected topics: “Lorig”, “Tarig” and parts of the “Abhisamaya Alamkara” and “Parmanavartika”.

The studying of the “Parmanavirtika” is from grade 3 till 13 for two months every year.

Once the monks have completed their studies and pass the various examinations, they receive their “Geshe” degree, which is the equivalent of a PHD in Buddhist Philosophy.